The Yuma Auxiliary Project (also referred to as Unit 'B'), located about 5 miles south of the city of Yuma, Arizona, distributes water to irrigate up to 3,400 acres of land on the Yuma Mesa lying between the Gila Project on the east, and the Valley Division of the Yuma Project on the west. Works constructed exclusively for the project include Unit 'B' Main Canal and the irrigation distribution system. Water for the project is diverted from the Colorado River at Imperial Dam and delivered through the facilities of the Gila Project.​​ 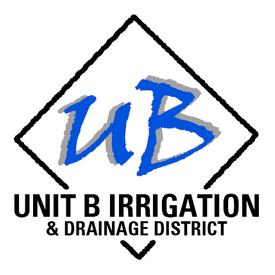 From the time water first was available in 1922 until July 6, 1953, the Yuma Auxiliary Project received its water supply through the Yuma Project`s East Main Canal and the B Lift Pumping Plant. It was necessary to lift water 72 feet for irrigating lands on the mesa. The act of June 13, 1949, provided for delivery of water to the project through facilities of the Gila Project.

The concrete-lined Unit `B` Main Canal is 3.6 miles long and has an initial capacity of 100 cubic feet per second. This canal is connected to the A-8.9 lateral of the Gila Project`s distribution system on the Mesa Unit. The Yuma Auxiliary Project`s distribution system includes concrete-lined open laterals and underground concrete pipe.
Operating Agency

Unit `B` Irrigation and Drainage District operates and maintains the water distribution facilities of the Yuma Auxiliary Project.

Original plans for irrigating agricultural lands in the Yuma Project included 45,000 acres on the adjacent Yuma Mesa, to be known as the Yuma Auxiliary Project, which would receive water by a pump lift of 72 feet from the East Main Canal in the Valley Division of the Yuma Project. On June 8, 1920, the Secretary of the Interior authorized construction to proceed on Unit B of the project. Legislation passed in 1949 reduced the project`s boundaries to 3,305 acres.

On December 22, 1952, the Unit `B` Irrigation and Drainage District contracted with the United States for delivery of irrigation water through the Gila Project works, and all works of the project were transferred to the district for operation and maintenance on January 1, 1960.

The first detailed investigations resulted in tentative plans for construction of four units, designated as Units A, B, C, and D, with a total acreage of 45,000. Part 1 of Unit B, containing 6,396 acres, was subdivided into 5-, 10-, and 20-acre farm units.

​Construction of the project commenced on September 27, 1920, with excavation of the Unit `B` Main Canal. The B Lift Pumping Plant was completed an regular operation began on May 1, 1922. The district initiated the rehabilitation and betterment of the project works on October 1, 1962. The work consisted of concrete lining of 3.25 miles of the Unit `B` Main Canal; reconstructing, relocating, and modifying the existing distribution system; and building two ditch-rider houses, a storage yard, and an equipment shed with incorporated offices. The work was completed November 15, 1965.